Don’t forget to enter my giveaway!!!

We woke up to about an inch or two of snow, and then it kept falling until it hit close to 3 inches. We typically only get snow about once a year, so this was very exciting! I got Jace all bundled up in his snowsuit (a Christmas gift from his grandma that we thought he wouldn’t get to wear). I was pretty excited when I found mittens in his closet. He was hesitant at first, but later decided he liked it. That is, until I let our dog out on his leash and his over-exuberance threw Jace off too much. It was fun to spend a little while outside, and then nice to go inside and enjoy the beauty… until it melted. But it’s snowing again now, so hopefully we’ll wake up to another beautiful morning! 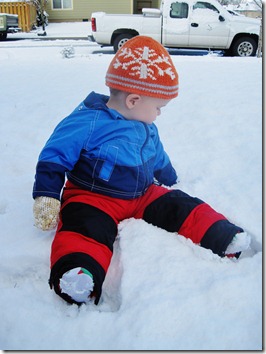 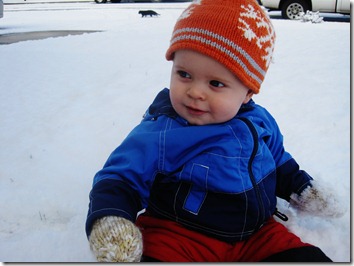 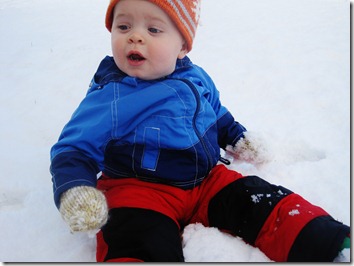 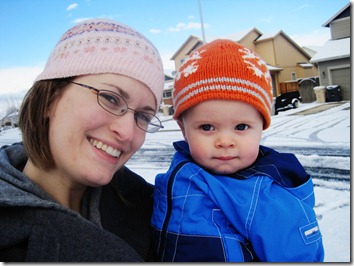