I’m sitting here with The Today Show on in the background, Jace happily playing a game on the iPad, and a coffee in my hands. Since we haven’t spent much time together lately, I thought it was a good time for another coffee talk.

Jace and I spent the last week in California for my grandpa’s funeral. His health started doing poorly about a month ago, so we had booked our plane tickets to go see him one last time. My grandpa has always been a fighter—defeating cancer twice, open heart surgery and congestive heart failure over the years as well. There have been several times over the past 12 years or so where he has been given six months to live and each time he’s managed to amaze his doctors. So when I booked our tickets, I figured this could potentially be just one more time of saying goodbye to Grandpa and then seeing him again a year later. Sadly, though, he passed away two days before Jace and I were set to fly down. I had a feeling the day he died that it would happen, and was so thankful that I’d be able to be there for the funeral. 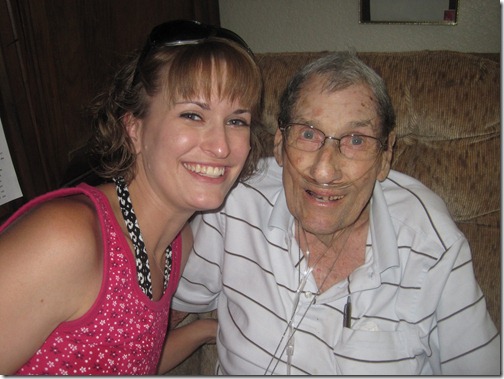 I did get to see him this summer when Jace and went to California with my parents. At that time, I figured it could have been the last time I’d see him. I’m so thankful for that time and that he got to meet Jace. 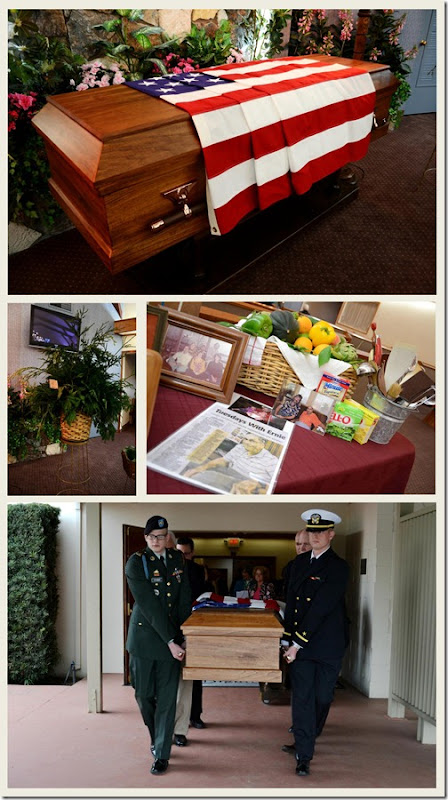 There were several very personal elements to the funeral. I actually had the thought that if there was a blog that featured funerals (how weird would that be?), this would be one that would be highlighted. My grandpa was a WWII veteran, so he had a flag draped coffin. Rather than having a floral arrangement from the family, my mom and her brother and sister honored their dad’s love of wood by having a florist arrange branches from a redwood tree. On the table with pictures and memorabilia from his life, they had a basket full of fresh produce as a representative of my grandpa’s love of cooking, especially with fresh fruits and vegetables. And finally, by younger brothers (Army veteran and Naval officer) wore their uniforms and were two of the pallbearers. They also folded the flag at the gave side service and my brother presented it to my uncle. I am thankful for the faith that my grandpa and I shared and that I will see him again. 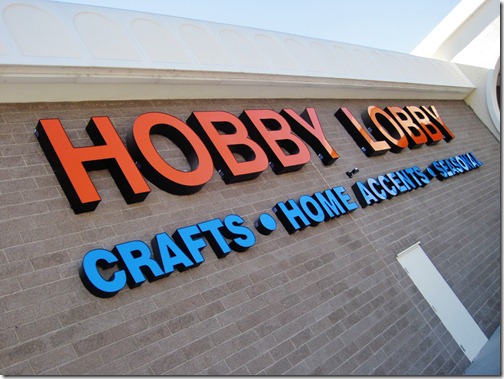 On a happier note, I was able to visit Hobby Lobby again while I was in California. I picked up some ruffle fabric and a gray and white stripe knit. The stripe is supposed to be for scarves for my shop, but I’m thinking I’ll make a cute maternity top from it instead. Easter is just around the corner and I need to get my dress made. I still think I’m going to knock this dress off, but I first need to find the fabric. A trip to Joann’s is in order today.

My shop’s stock is dwindling quite a bit so I need to put some actual effort into making new items for it. I have all the materials purchased already for some flower necklaces, wrap belts and spring scarves. 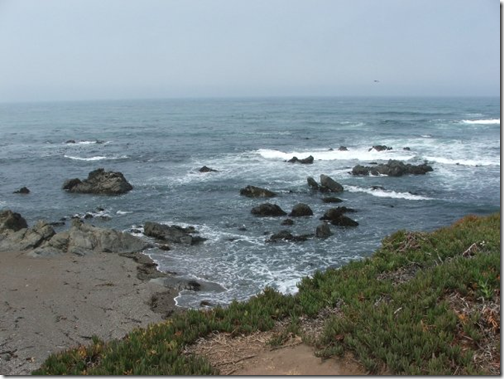 I am determined to have us take a family vacation this summer—even if I need to make lots of sales to pay for the gas. My grandparents have a house in Cambria, CA on the central coast. This is the view just across the street from their house.

So that’s what’s on my mind this morning. I hope you are have a wonderful Tuesday!

Email ThisBlogThis!Share to TwitterShare to FacebookShare to Pinterest
Labels: life